Northern Spain is home to some of the oldest cave art in Europe. The well-preserved prehistoric cave paintings, which depict animals, handprints and abstract shapes, offer a glimpse of what life was like for our ancestors between 35,000 and 11,000 BC.

In the region of Cantabria, several of these caves are open to the public so that visitors may see these Palaeolithic masterpieces for themselves. Nearby luxury hotels Parador Santillana del Mar and Parador Santillana Gil Blas, with their modern amenities and comfortable rooms, are the perfect places to rest after exploring the area's prehistoric past. 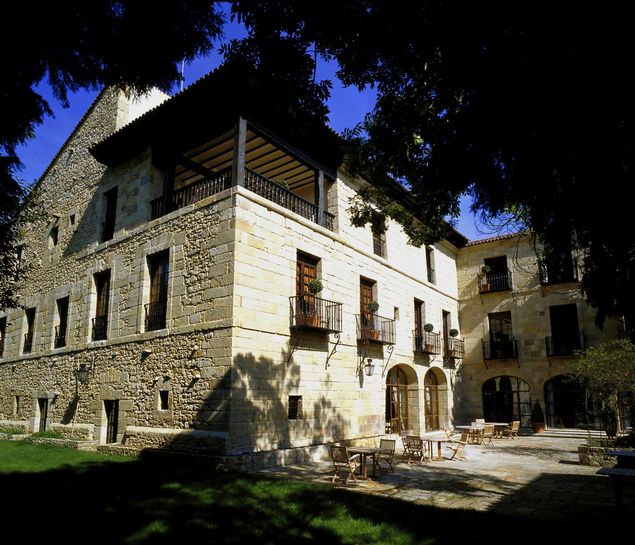 The walls of El Castillo Cave boast the oldest cave art in the world, dated at more than 40,000 years old. In fact, the art is so old that some scientists have speculated that the paintings were done by Neanderthals, not by early humans.

Visitors to the cave will see red handprints, dots and disks decorating its walls. There are also detailed drawings of various animals both familiar and extinct, including horses, deer, bison, dogs, goats and mammoths.

If El Castillo Cave has the oldest cave art, Altamira Cave can be said to have the most elaborate. The images of bison in the great hall of polychromes show evidence of impressive artistic skill. The artists utilized the curves and contours of the cave walls to make the appear bison three-dimensional. The cave also has depictions of goats, horses, does and wild boars as well as abstract shapes, red spots and handprints.

Though the cave is no longer open to the public, visitors can still explore a replica of the cave complete with the art at the Altamira Museum.

Covalanas Cave boasts large depictions of deer as well as a stag, a horse, an extinct type of wild cattle known as an auroch, and various symbols, dots and lines. These paintings, which are 19,000 years old, were made with fingers instead of a tool.

El Pendo Cave contains an extraordinary panel that stretches 25 metres long of red-coloured drawings, including a dozen deer, a goat, a horse and various other symbols. The art appears to have been made using iron oxide.