Skip to main content
Monforte de Lemos, a Village to Enjoy in the North of Spain
08 de April 2016

Located in between the valleys of the Miño River and the Sil River, in the the south of Lugo, the city of Monforte de Lemos emerges. It is an important city in Galicia, and it is one of the places you can find on the French Way of Saint James. This city is waiting for you to explore its architecture and environment. One of the most emblematic buildings of the city is now our Parador de Monforte de Lemos. Shall we discover it?

One of the most emblematic places in Monforte de Lemos, the capital of the Ribeira Sacra in Galicia, is what we know as the Monastery of San Vicente del Pino, whose origins date back in the IX century but the construction of what we know now is dated in the XVIII century.

The whole complex includes the Torre del Homenaje, the remains of the Castle de San Vicente and the monastery. The two last ones are today our Parador de Monforte de Lemos, a luxury hotel located in this beautiful building with a Neoclassic style. Staying at this hotel is part of the experience of visiting Monforte de Lemos, where delicious Galician cuisine is offered and great installations for you to relax. 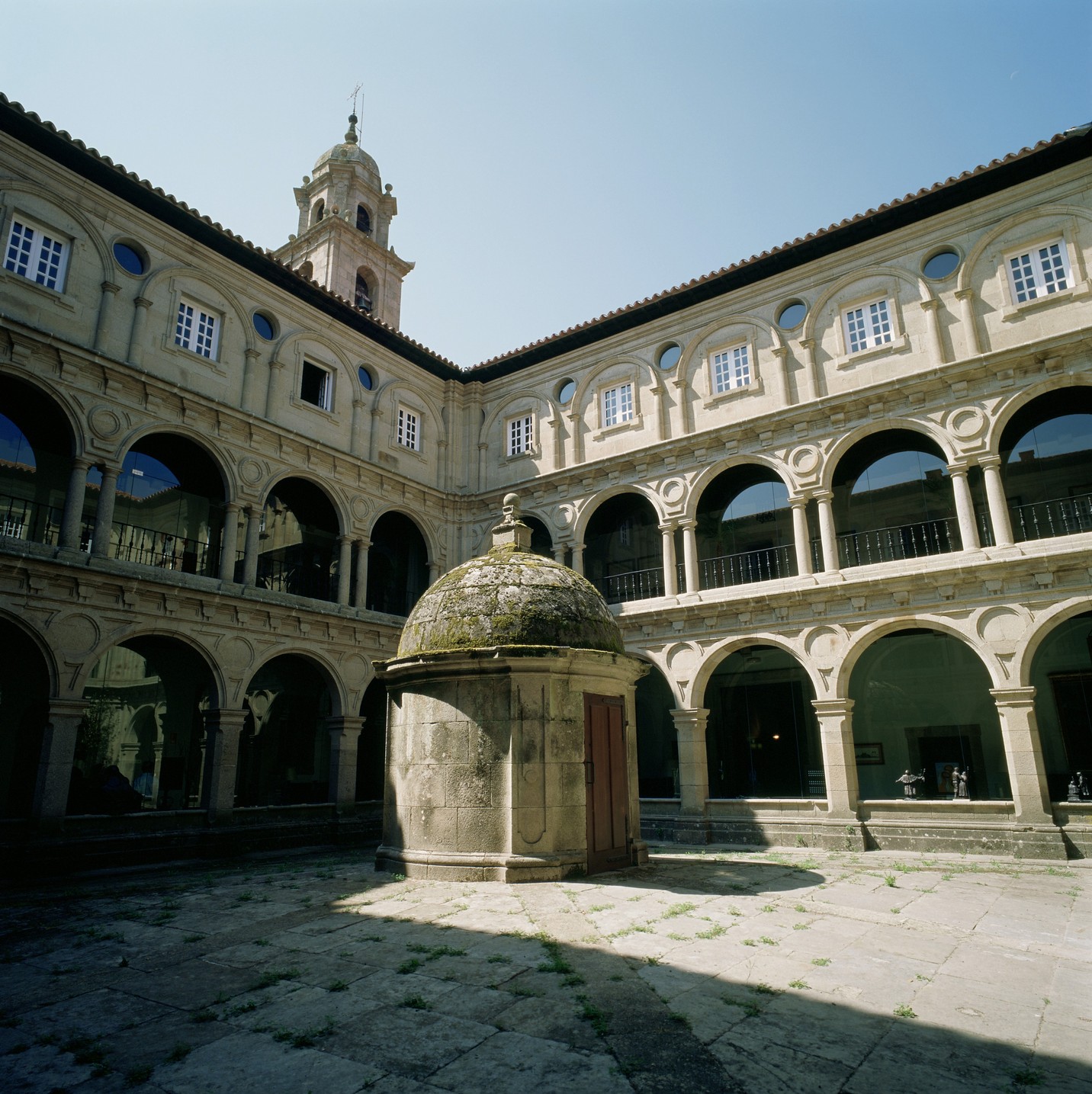 All the history that has gone through it has left an important heritage inside this city full of medieval influence and charm. The Cabe River goes across the city of Monforte and there are two main bridges that are built over it: the Old Bridge, a stone bridge from the Middle Ages which is located in the historic centre; and the New Bridge, which is not an especially attractive construction but it is a place from where you can enjoy some of the nicest views of the Old Bridge, the river and the Parque de los Condes.

This park, Parque de los Condes, was created in the year 1990, so it is a new space perfect to relax and disconnect. It is such a nice and inspiring location.

Have you heard of the Colegio de Nuestra Señora de la Antigua? It is known by the locals as "Los Escolapios", and some people also call it "El Escorial Gallego" because of its similar characteristics with El Escorial. It was built in the XVII century and has a Herreran-style. It is formed nowadays by a school, a museum and the church and it is located at the end of the riverside walk. It is one of the places you cannot miss, especially because of its amazing stairs at the entrance, the beautiful cloisters and the El Greco's paintings that hosts.

The village of Monforte de Lemos is surrounded by other nice villages of the Ribeira Sacra. This region if famous for the Romanesque temples that can be found around those villages. What about going on a tour around them?

In village of Sober, 11 kilometres in the south of Monforte, we find the Monastery of San Xillao de Lobios. It used to be a monastery but today the only remain is the church. It was built in the XIII century and has some interesting capitals with a beautiful decoration.

Around 15 kilometres away from Monforte, we have two important Romanesque monasteries in the village of Pantón: the Monastery of San Esteban de Atán, one of the oldest constructions of the area, dated in the year 747. The actual church, which can be visited, was constructed in the XIII century so that is why it keeps some pre-Romanesque elements. It also has Renaissance paintings inside it; The second one is the Monastery of Santa María de Fereira, considered an authentic Romanesque jewel and with a characteristic abundant decoration and big windows.

In Eiré, around 20 kilometres away from Monforte de Lemos, we find the Monastery of San Miguel from the X century. It used to be occupied by nuns in the past. The construction that can be seen now belongs to the XII century and it is just one nave with a tower. Inside the building, there is an old baptismal font from the XIII century. The Monastery of San Felices in located in Cangas, 17 kilometres away from Monforte but there is not much information about it. 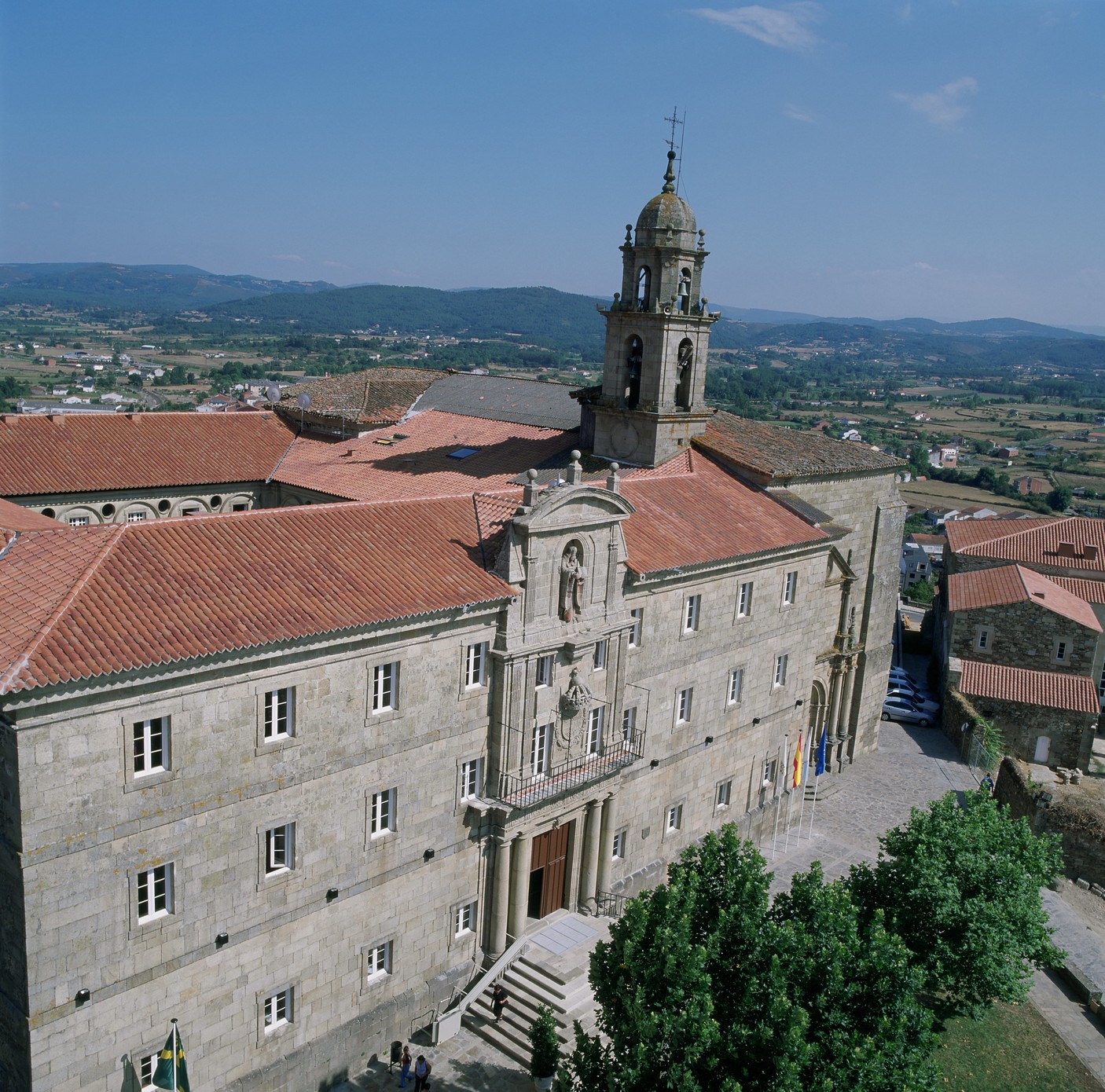 Let's explore the beauty of the north of Spain in this charming village in Lugo! Monforte de Lemos and our Parador de Monforte de Lemos are so looking forward to seeing you around and it is a perfect excuse to discover the Romanesque heritage of the Ribeira Sacra. Go for it!