They emerge in the middle of the ocean as a protective barrier of the littoral, a natural containment against the untamed Atlantic. It has the most beautiful beach in the world, found in the Cíes, the cold Caribbean of the Atlantic, and the largest laurel forest on the continent. And its sea depths are a natural wonder. Here you will find Rodas, the best beach of the world (The Guardina, 2007) 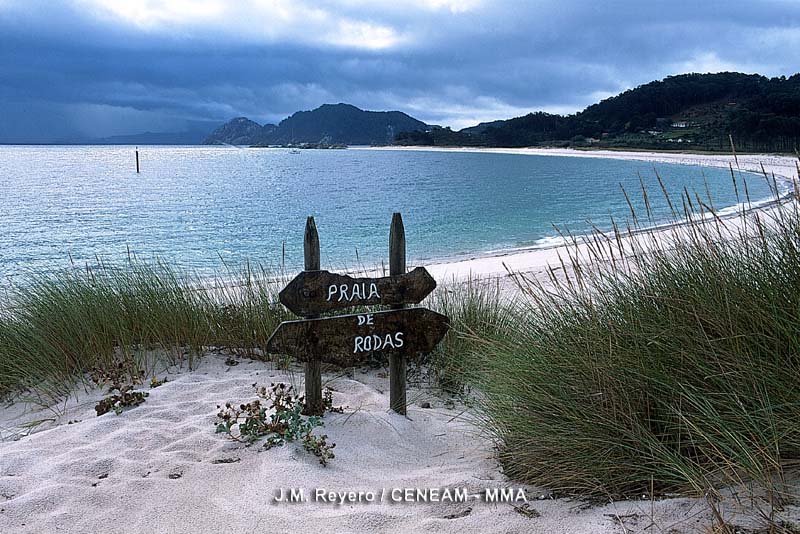 The steep mountains and cliffs over the sea become soft beaches with views to the coast. It is the shelter for seaweed, a life cushion for thousands of marine species, shellfish, corals and anemones. And birds that nest at the edge of the precipice. And in the sea, dolphins and porpoises. 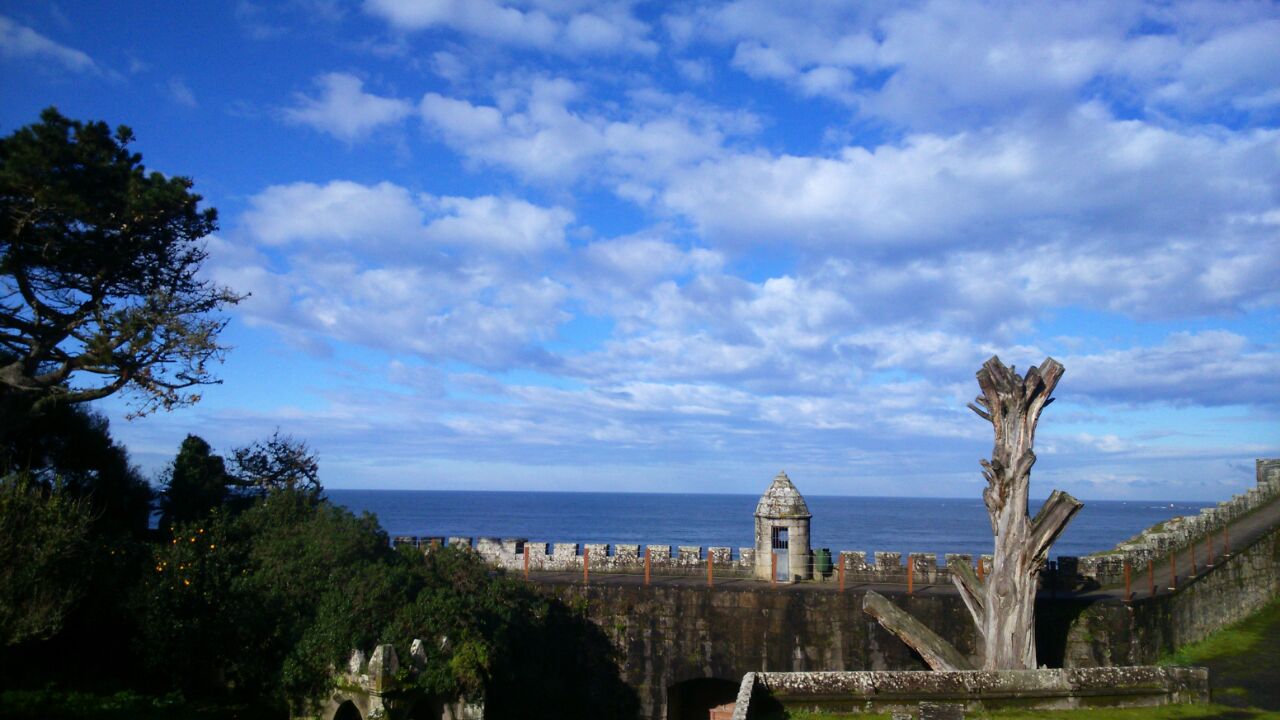 The medieval castle where the Parador of Baiona is located is a fortress too. It is placed at the edge of the cliff and fenced by a wall of three kilometers. Dazzling at daylight and illuminated at night it protects the feudal beauty of the hotel. It still keeps the impressive stairway of stone which is covered by a vaulted dome in a majestic building full of passages and stately courtyards in the form of a maze, and a pool dug in a hill within a green garden sprinkled with palms that were brought by the conquerors from the other side of the world.