Throughout the region of Catalonia, there are hundreds of ancient castles dotting the landscape. Tortosa, Cardona, Montclar and Vicfred are just a few examples of the proud structures that have withstood the test of time. The citizens are naturally very proud of these landmarks, and in their festivals, they have found a way to pay homage to the stone fortresses.

Perhaps the most notable tradition is the celebration of "human castles" called castells. A large team is needed to build these human towers. They stand on each other's shoulders, building up to 10 levels of people. A castell can consist of as many as 1,000 people, a truly remarkable sight! The human pyramid often takes up the entire square, and both men, women and even children participate in its construction! These groups of acrobats meet up at festivals and compete to see who can build the tallest castell.

This entertainingand uniquely Catalantradition dates back to the late 18th century. It started in the city of Valls, but has grown so popular that today it is carried out all over Catalonia. In fact, it has become so well known that UNESCO recently declared it a Masterpiece of the Oral and Intangible Heritage of Humanity. 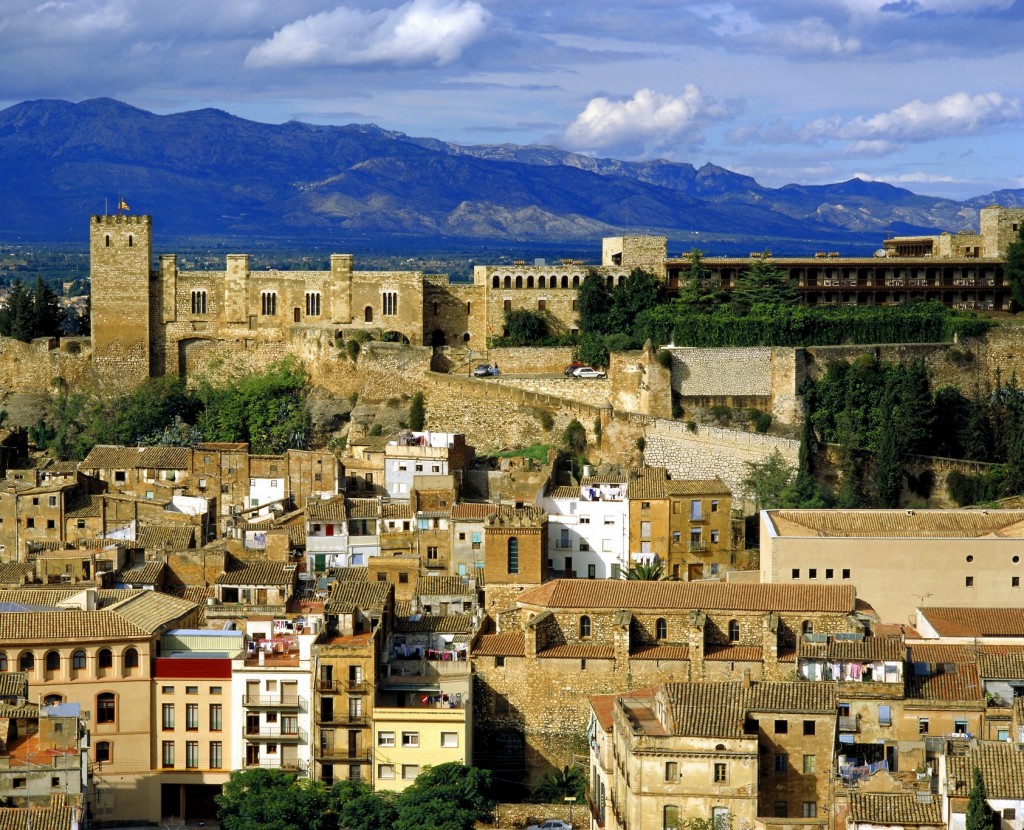 If you truly wish to experience Catalonia's great castle tradition, you can actually sleep in a reformed 10th-century castle.  Built by Abderramán III, luxury hotel Parador Tortosa has stunning arabesque motifs on its walls. However, its overall décor is Christian, with classical furniture and rustic wooden beams. It is perhaps best known for its four impressive Catalan Gothic windows and for its well, called La Zuda.

This parador's exclusive location in the beautiful Ebro valley next to the Beceite mountains means visitors will have spectacular views and can also enjoy some pleasant walks around the area. 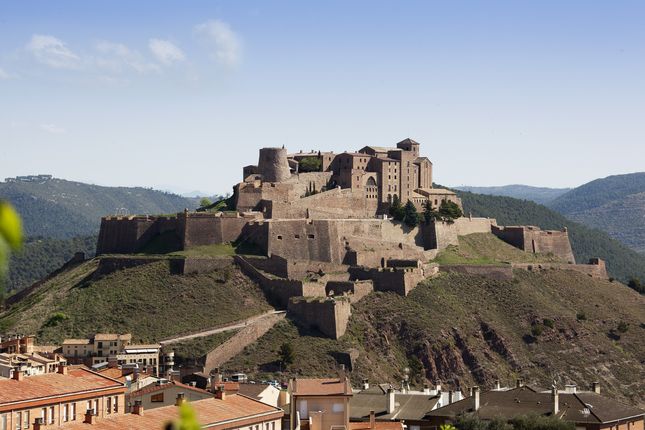 Parador Cardona is located inside a 9th-century castle, built in the Catalan Romanesque style. On the grounds, you can visit Minyona Tower and the Church of San Vicente. Guests can visit the Gothic cloister and the Duke's patio as well. Fans of Gothic architecture will enjoy wandering about the grounds, admiring its towers, moats, walls and pits.

This luxurious parador is decorated in a way that respects its medieval origins, with stunning tapestries hung on the walls, next to wrought iron torch holders. The Catalan-style furnishings are inspired by the Middle Ages, and many rooms feature canopy beds.

Wouldn't you like to stay in a reformed castle?