Spain is known for its exquisite culinary offerings. Everyone knows about the fabulous Rioja and Duero wines, Ibérico hams or scrumptious tortillas... but did you know that Spain is also a country that is especially gifted in terms of soups?

Whether you prefer them chilled, like gazpacho, or warm, like caldo gallego, a holiday in Spain isn't complete without a taste of the country's delicious soups. Try each regional delicacy with a visit to the local Paradores' luxury and historic hotels, veritable repositories of the nation's gastronomic heritage.

Start your culinary pilgrimage in Córdoba, once the proudest city in Islamic Spain, where much of the past's imprint is still present by way of its gastronomy. Parador Córdoba's restaurant is famous for the city's most well-known dish, salmorejo, a purée made of tomato, bread, oil, garlic and vinegar, served cold with diced Serrano ham and hard-boiled eggs: a refreshing treat! 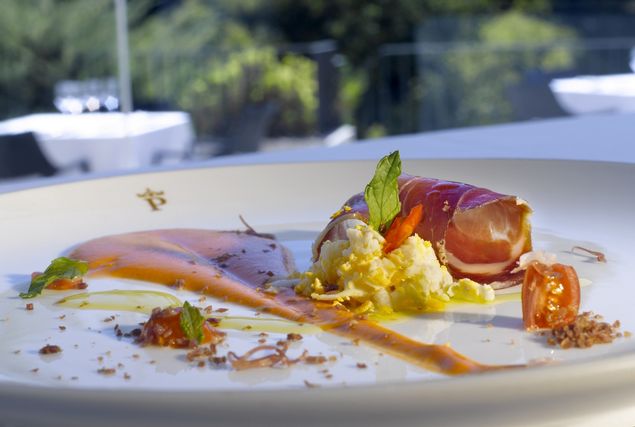 Throughout the rest of Andalucía, gazpacho tends to be the name of the game. This delectable tomato and vegetable soup is believed to be a mix of ancient Roman and Moorish cuisine, and today is generally made with stale bread, tomato, cucumber, bell pepper, onion, garlic, olive oil, vinegar and salt. It is a dish to be savoured at Parador Antequera, a modern complex with splendid views of the region's exceptional rocky landscape.

On the Mediterranean coast, ajoblanco is a classic. Often referred to as "white gazpacho", the chilled soup is made with crushed almonds, garlic, bread, and dashes of olive oil, salt and vinegar. It is a summertime standard served with a special spin at Parador Mojácar, where it is garnished with sweet pumpkin and strawberries.

In central and northern Spain, heartier, warmer soups tend to be the norm. Parador Chinchón, for example, offers classic cocido de taba, a thick chickpea stew with meat and vegetables which is one of the region's most iconic dishes, and perfect in the midst of the area's chilly winters. In the north, numerous Galician Paradores offer caldo gallego, a traditional soup made with cabbage, collard greens, turnip greens, potatoes, white beans and lard. 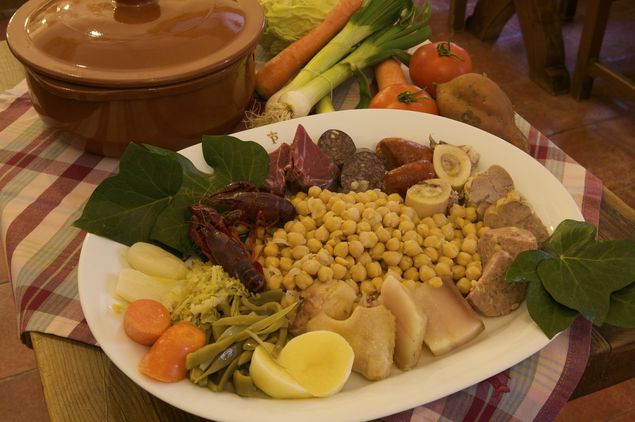 The ingredients for a delicious cocido at Parador Chinchón

You don't have to be freezing to enjoy a warm soup, however. Idyllic Parador El Hierro, in the Canary Islands, is famous for its caldo de queso herreño, an insular dish with potatoes, eggs, vegetables and local cheeses cooked into hearty broth.