Pilgrims arrived exhausted. They crowd round the tomb of the Apostle. People from every social position, friars, scroungers, nobles, sinnersa and pious people. There were both poor and rich pilgrims seeking water and bread. The city sculpted with a graver of nostalgia freed their souls. The galician writer Valle-Inclán brilliantly summarized the essence of Santiago: "It is more eternal than old". 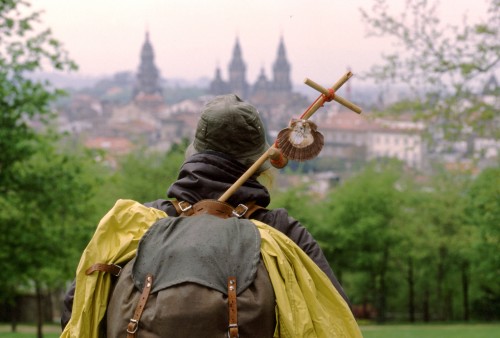 The alleys get narrower capturing us, leading us to the impressive cathedral, to Obradoiro Square. And it is here where the ecstasy takes place. The vision. The revelation of the gifts given to this city. No doubt St. James arrived on this land to preach. Afterwards, he went back to Jerusalem, where he was unmercifully beheaded. His remains were carried towards Iria Flavia, where a secret shelter was found for him, in order to give him a Christian burial. 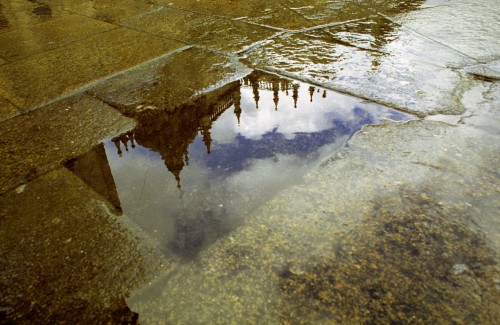 In the 9th century, Bishop Teodomiro discovered the sepulchre. The King of Asturias, Alfonso II the Chaste, learnt about this event and went from Oviedo to Santiago following the ancient way, the original way. And it is in Santiago where legend gets mixed up with history. As a consequence of that passion, the basilica was erected. It was the beginning of a universal route. People from all over the world find their answer in this city. They come because of different reasons; in fact, as many reasons as souls. The point is to arrive here. Arriving is all that matters. 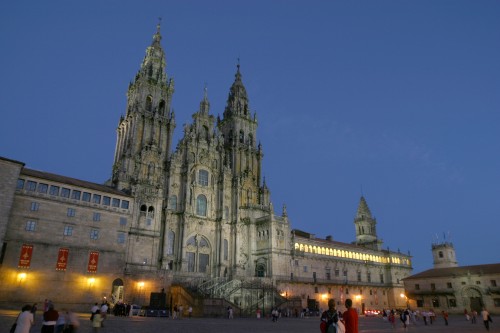 Everything from this mythical and religious past remains. The whole city of Santiago is the Way. The cathedral, an immense construction, boasts of its Pórtico de la Gloria. Nothing similar has ever been sculpted in stone in the Christian era. This is the reason of its mystery and its magnanimity. This work was carved in the 12th century by Master Mateo and the apocalyptic vision of the Heavenly Jerusalem is present. The Romanesque cathedral was erected in 1075 over previous buildings intended to host the remains of St James. It was also a demand due to the lack of shelter for the thousands of pilgrims flooding in, walking as penitents the streets that led into the monumental square. 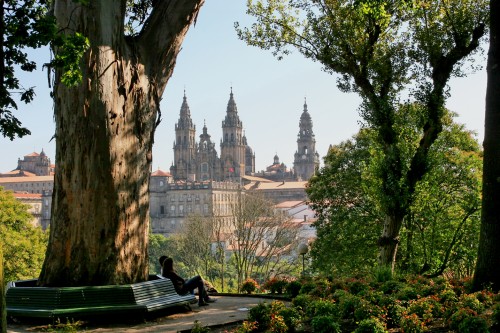 The heart of the city

Obradoiro Square is startling. It is the epicentre of the city, where everything happens and makes sense. We can look up to gaze at the towers and the buildings, a maze of history made of stone. It takes little effort to imagine how it looked in the past. There is not even a minute without movement. There are pilgrims, visitors, travellers and inhabitants. There are hugs, tears and reencounters. In this place, all stories come together. The buildings that flank the square (the cathedral, Parador de Santiago de Compostela, Colegio de San Xerome and Raxoi Palace) represent the architecture of centuries of history. They are the university, political, religious and hospitable life of Santiago. In the Southern part of the square, we find the Colegio de San Xerome, built in the 16th century by Bishop Fonseca in order to host poor Art students. The Neoclassical Raxoi Palace was erected by the French engineer Charles Lemaur between 1767 and 1787 and it later became the third building to house the city hall of Santiago. Nowadays, we can find the headquarters of the Regional Government of Galicia here.