It can be difficult to pull yourself away from the breathtaking vistas along Catalonia's Mediterranean coast. But inland within the region's mountainous north awaits an area that not only rivals the seaside in natural beauty, but is also home to many historic monuments.

Luxury hotel chain Paradores organizes week-long tours through the charming Catalonian countryside in which travellers will enjoy the region's many natural resources and rich history beyond its sandy beaches and cosmopolitan capital Barcelona.

The tour begins with two nights at the Parador Vic-Sau, which sits next to the Guillerías mountains and overlooks the tranquil Sau lake. The rocky terrain provides the perfect opportunity to do some hiking. 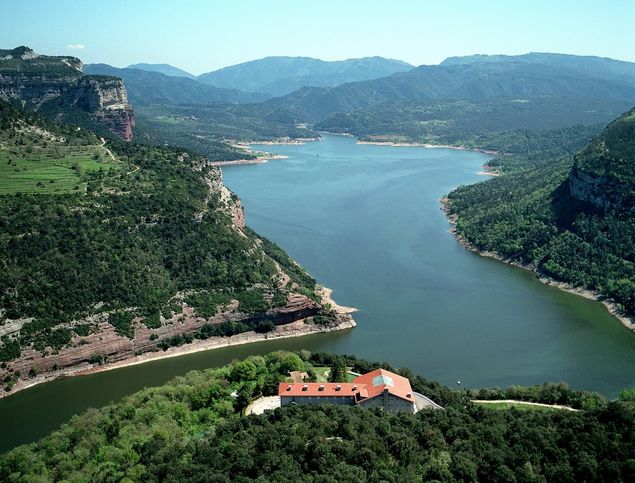 The village of Vic is home to the 9th century castle Montcada, the Romanesque bell tower of the cathedral, and the Roman-built Queralt bridge. A must-see is the beautiful monastery of San Pere de Casserres, one of the most important monuments of Catalan Romanesque architecture, which was declared a monument of historic and artistic interest in 1931.

The next night is spent at the Parador Cardona, a former medieval castle and fortress with exceptional panoramic views of the town of Cardona and the lush surrounding landscape. The hotel grounds encompass the Church of Sant Vicenc, an impressive example of the Romanesque architecture of Catalonia.

Not to be missed nearby is the incredible formation known as Salt Mountain, which sits on the area salt basin and contains spectacular stalactites and stalagmites as well as various salt seams of sodium, potassium and magnesium.

About 100 kilometres north of Cardona in the Catalan Pyrenees is La Seu d'Urgell where you will stay the next two nights at the luxurious Parador La Seu d'Urgell. Overlooked by the spectacular Sierra de Cadi mountains, the town is situated at the confluence of the rivers Valira and Segre in the province of Lleida.

La Seu d'Urgell is home to the nearly one thousand-year-old Church of Sant Miquel, as well as the Diocesan museum, which contains exceptional examples of medieval painting and sculpture. The nearby Natural Park of Cadi-Moixero has spectacular mountains and a variety of well marked hiking paths.

The last two nights are spent in the green Aran Valley in the northwest of Lleida at the Parador Vielha, where you can take advantage of the Parador's spa to relax after this week-long journey through the heart of Catalonia. 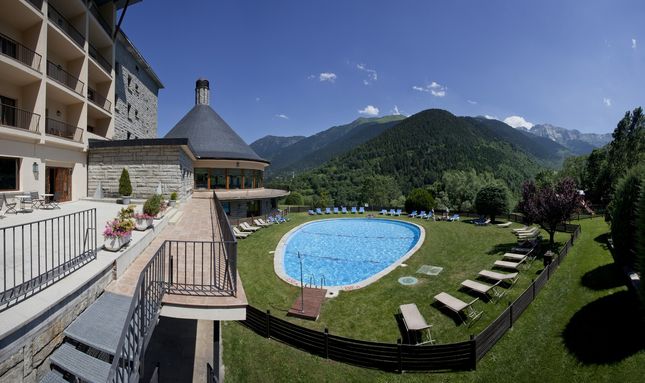 If you aren't ready to relax just yet, the valley's many picturesque villages are well-preserved examples of the area's vibrant artistic and cultural heritage. A recommended route to visit these towns is the so-called Romantic Route that runs through Bossost, Salardu and Arties.

For nature lovers, the National Park of Aigüestortes y del Estany de San Mauricio is a paradise. Its crystal clear lakes are a peaceful contrast to the many rivers, torrents and waterfalls that flow through its dense forests.