Many people already know that Woody Allen's 2008 hit Vicky Cristina Barcelona was filmed in Spain, or that many of well-known Spanish director Pedro Almodóvar's movies were shot in Madrid. But did you know that several of the great Clint Eastwood Westerns were shot in Las Tabernas Desert, or that Seville doubled for an alien planet in one of the Star Wars movies?

Spain's natural lighting and diverse landscape have made it a favourite of directors since the dawn of cinema, and more than a few locations near Paradores Luxury Hotels in Spain served as the backdrop for famous films throughout the years.

In 1965, David Lean's now iconic Doctor Zhivago transported viewers to tsarist Moscow and Soviet Siberia, but little did they know that the incredible shots of snow-covered woodlands were actually filmed near Soria, Spain. Lean was unable to film the movie in Russia because the book upon which it is based by Boris Pasternak was banned throughout the Soviet Union at the time. The director ultimately settled on Soria because of its breathtaking countryside.

The train station in Villar del Campo is featured in the long sequence covering the title character's escape from Moscow, while the charming village of Candilichera was a stand-in for Varynkino, the Gromeko estate in the Ural Mountains. You can relive the wonders of this epic film from the comfort of Parador de Soria, a splendid modern building that looks over this province's lush landscape, including the Duero River. After reliving the doctor's adventures in chilly Russia, warm up in the Parador's restaurant with some local delicacies such as pheasant pate, roast suckling pig, or migas -a traditional dish of fried breadcrumbs.

Seville is a favourite film location of many directors. Its winding streets and classic Andalusian elements capture the heart of the flamenco spirit.

The latest Star Wars films also captured a bit of the Sevillian flare in 2002's Attack of the Clones, in which Anakin Skywalker -who eventually becomes the loathsome Darth Vader- travels with his secret love, Queen Amidala, to her home planet of Naboo. Many viewers no doubt recognized the noble setting as Seville's Plaza de España, the elegant renaissance revival complex built for the 1929 Ibero-American Exposition. Take a stroll through the plaza before heading over to Parador de Carmona, where you can continue to feel like royalty (from this planet or any other) within this 14th century Moorish citadel, which offers stunning vistas of the River Carbones and the surrounding area as well as classic southern décor and a grand dining room that offers partridge and other succulent regional Spanish cuisine. 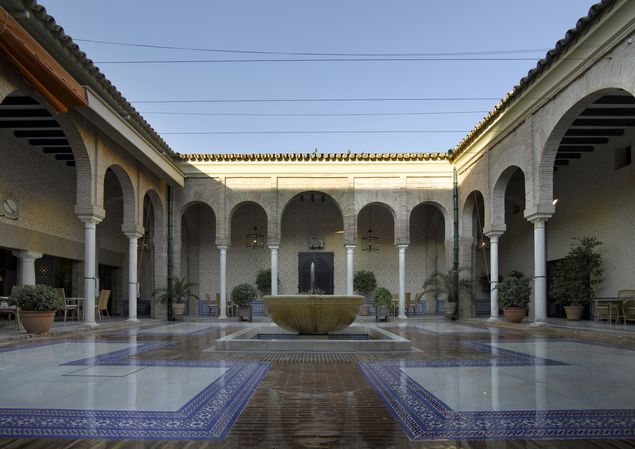 Prefer a more 'tropical' escape? Flee to the modern Parador de Cádiz, an avant-garde building on the ocean with easy access to the beautiful port city. While there, visit La Caleta beach and the surrounding centuries-old city walls, which stood in for Havana, Cuba in the 2002 James Bond smash Die Another Day.

A Fistful of Dollars (1964) and The Good, The Bad and The Ugly (1966) may be iconic Westerns, but they were actually filmed near Almería, Spain, where the dramatic Tabernas Desert has long stood in for the American Southwest. During the 1960s and 70s, this area played host to stars like Clint Eastwood as well as to directors including Orson Welles and John Huston. Iconic desert scenes in Lawrence of Arabia (1962), Cleopatra (1963) and Indiana Jones and the Last Crusade (1989) were all filmed here.

Get to know the cinematographic past of the area at nearby Parador de Mojácar along the Mediterranean coast. With its cosy seaside rooms and refreshing swimming pool, the hotel is the perfect location for a relaxing holiday in Spain, staring you. 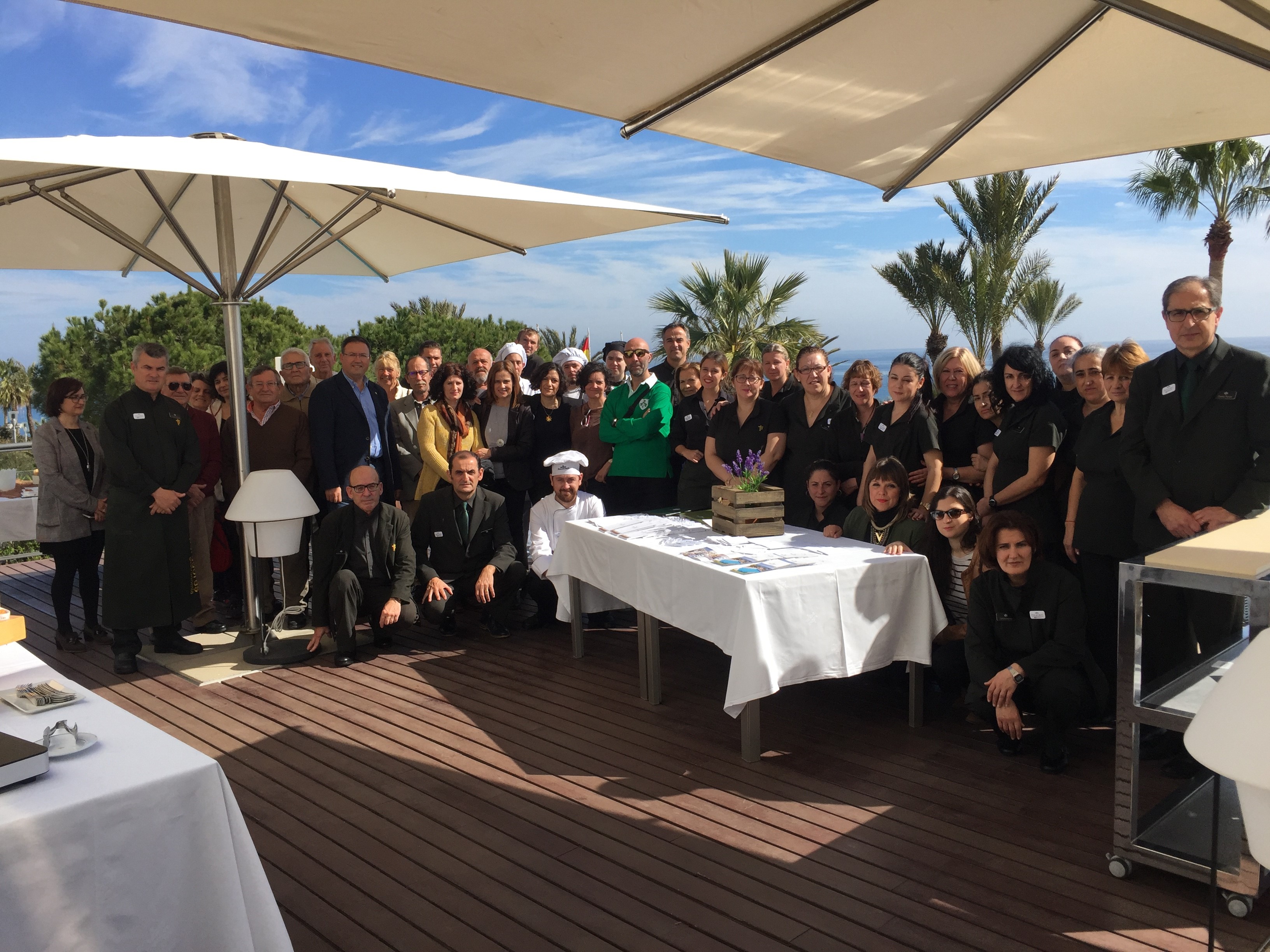