Archaeology is one of the most important and interesting human studies that allow us to learn and understand better human's history and development throughout history. In Spain, we have several Archaeological parks where people can go and enjoy some time learning and discovering about humans' past. Some of the most important Spanish Archaeological parks are located just some kilometres away from our luxury hotels. Do you want to know which ones?

Leisure and culture meet at this place. This archaeological park has scientific and didactic goals in order to protect, conserve, study and promote its remains. It is place where nature presides and where to learn about protohistoric, pre-Roman and Roman times. There is a museum that explains the origins of Gijón and the development of the vegetation in the region. The entrance ticket costs 2.10 (*) It's so interesting!

Driving on the A-8 road for 14 kilometres from the Parador de Gijón, you will make it fast and easy to the archaeologic park. Our Parador is located near the San Lorenzo beach and it's a perfect intimate hotel for your northern getaway. 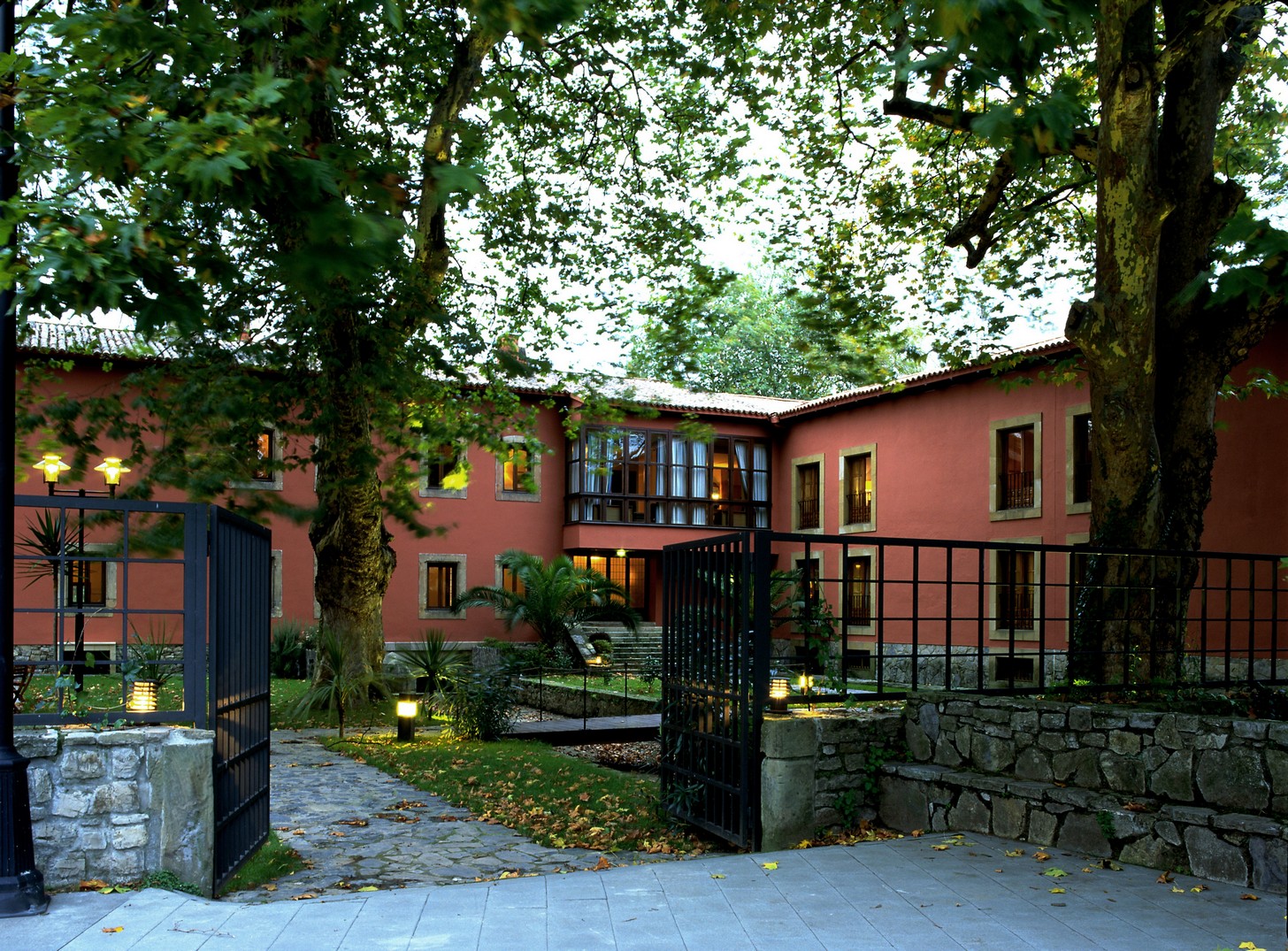 If you want to learn about the last years of the Roman civilizations in the region of Toledo and the middle Ages there, you should come to the Archaeological Park of Carranque. This place is considered a representative example of the archaeology in Spain form the III to the IV centuries. It occupies a total of 18 hectares in which you can see the remains of a mausoleum, the reconstruction of a palace and what it is called the Casa Materno, where there are some of the best preserved mosaics in Spain.

There are also some activities and workshops taking place there, so that you can learn more about this historic place in a different way. The entrance ticket costs 5. If you want a guided visit, then you will have to pay 2 more (*)

Our Parador de Toledo stays 50 kilometres apart from Carranque on the A-42 road to Madrid. It would be such a great plan to first discover this site and then explore the historic and cultural city of Toledo, where staying at our Parador has to be part of the experience. 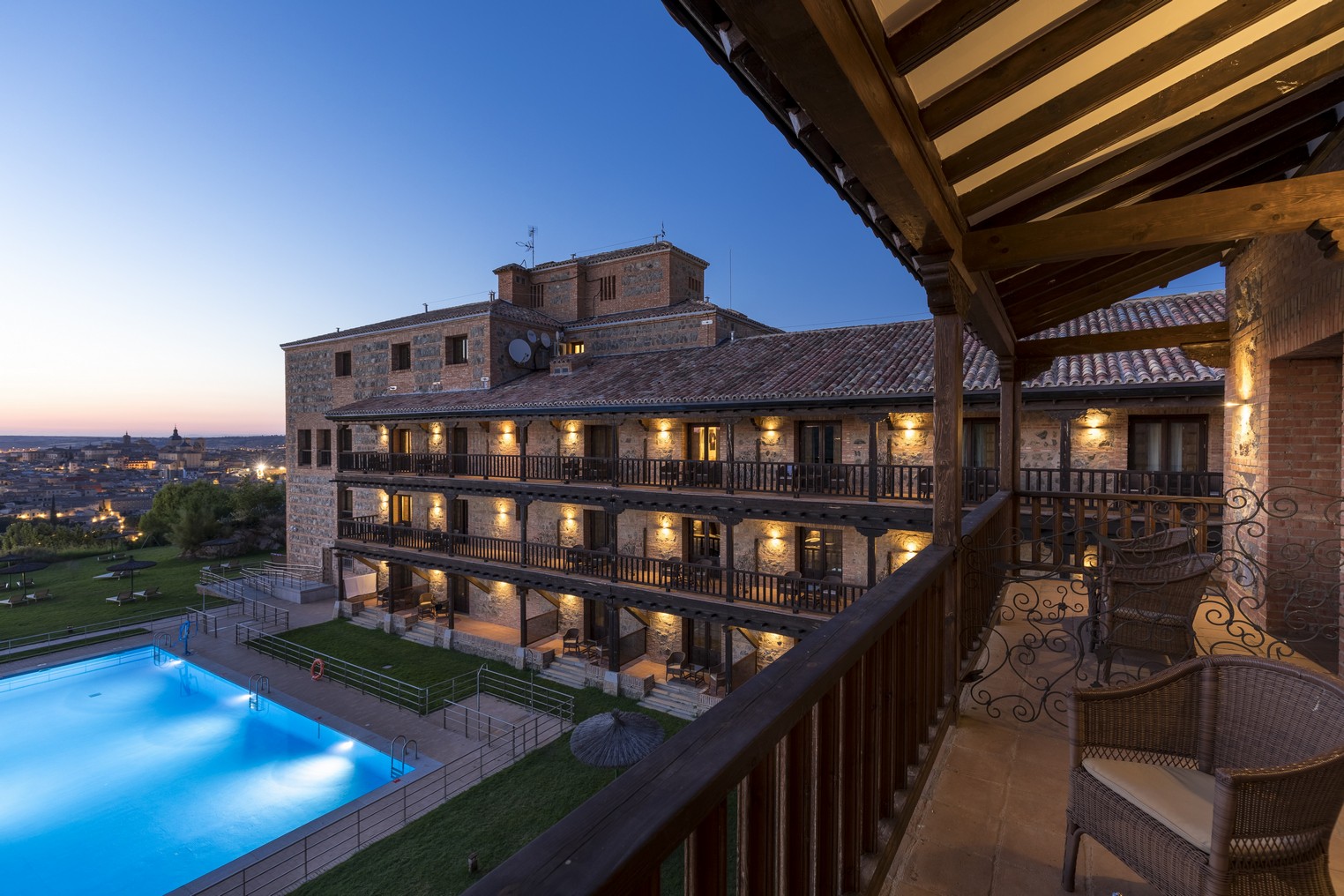 The archaeological site of Atapuerca is one of the world's most important ones. In fact, it has been declared a World Heritage Site and there are so many international investigations going on there. It is a place that has provided so much information about the palaeontologist evolution of the species. Some remains from over 1 million years have been found in this site. Atapuerca is divided into different sites, but the some of the most popular ones are the Gran Dolina, de Sima del Elefante, the Sima de los Huesos and the Mirador. Visiting it is like taking a journey back to the past!

Around 55 kilometres away from Atapuerca, we find our Ducal Palace from the XVII century known as the Parador de Lerma. The best option to discover Burgos and its surroundings! 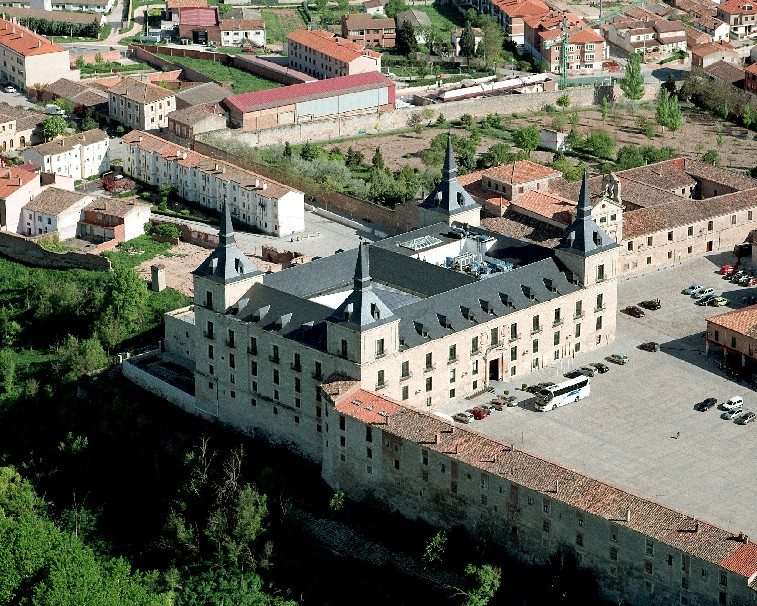 This Archaeological site is the best one to learn about Celtiberian civilizations in Numancia. It used to be a place where the past civilization resisted to the attacks of others trying to conquer them. It is actually thought to be a heroic city that was placed in such a strategic location in between the Alto Duero and the Ebro valley. Most of the information we have about Celtiberian civilizations in Spain has been taken from here. The aesthetic value of this site also resides on the ceramic remains and past objects that have been found.

The Parador de Soria is located just 10 kilometres away from here. It is placed in a wonderful natural area where the beauty of the landscape is the catchiest thing. It is just perfect to relax and discover the city of Soria and its surroundings. 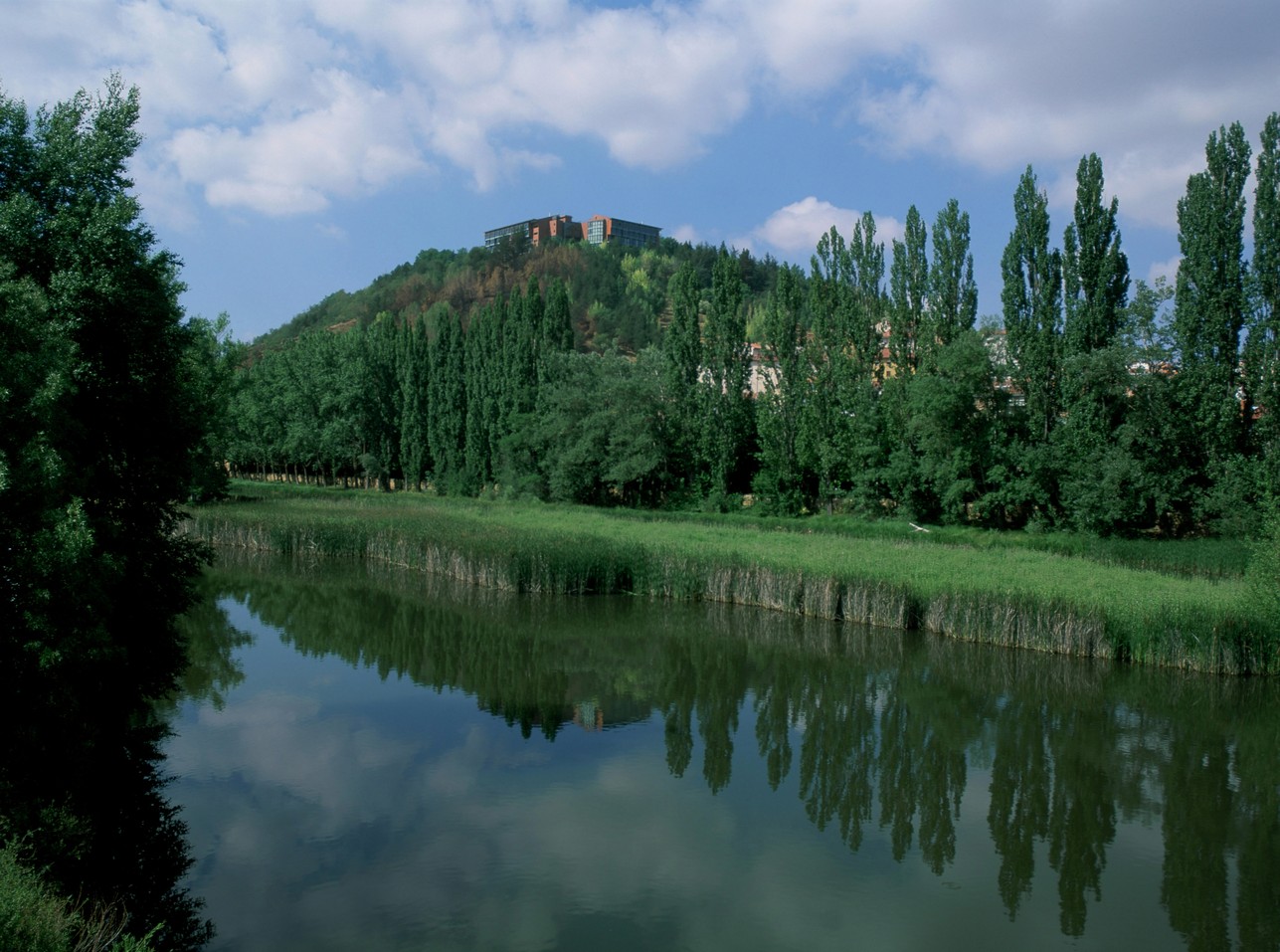 Is it the first time you hear of Segóbriga? It is the most important archaeological complex in Spain and the one that best preserves how Roman cities were. You will be delighted by the city that was under the power of the emperor Augusto, where there are still some remains of the walls, the theatre and amphitheatre, a temple and the acropolis of Segóbriga. There is an Interpretation Centre that works to show the visitors different expositions, projections and representations of what Segóbriga was in the past. Visiting it is so much worthy!

You can make it from our Parador de Cuenca to the Archaeological Site of Segóbriga by taking the A-40 and CM-310 road. It will take you less than an hour and you will be enjoying a stay at one of our luxury hotels with such a unique location in the heart of La Mancha. 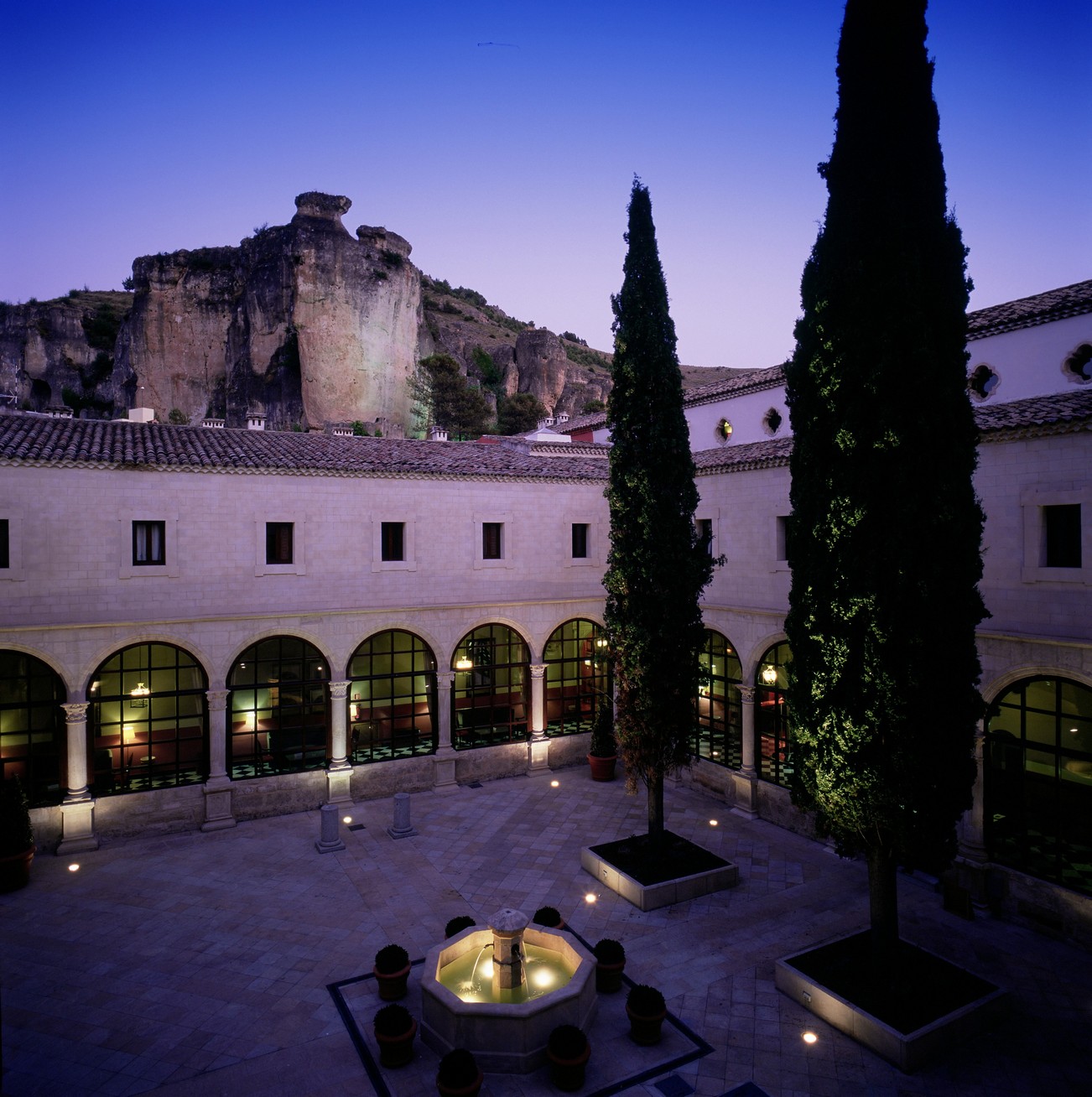 Bañales is a Roman archaeological site in Aragón, probably the most important one in the region. Divulgation is the most representative activity here, so as to show and explain how Roman cities where. There are even some remains or Roman baths, aqueduct and funerary objects that were used back in those days. The entrance ticket costs 3 and they use all the amount they collect as a crowdfunding project to keep on with the investigations. (*)

Just 25 kilometres away you will find the Parador de Sos del Rey Católico, a noble building located in a Historic-Artistic village waiting for you to enjoy a great time in Spain.

Shall we go discover the past with Paradores?